This past week has been a full on Portland Modern Quilt Guild week….starting with a fabulous Quilt retreat and ending with a full day of Charity Sewing.

The weekend Retreat was my first quilting retreat… actually it was my first retreat since High School and my first retreat that did not involve religion in some way.  Needless to say it was fabulously, wonderfully unlike any retreat I had done before.  3 days, 30 creative ladies, 1 well stocked candy bar and 4 Mexican Coca Cola’s worth of fun. 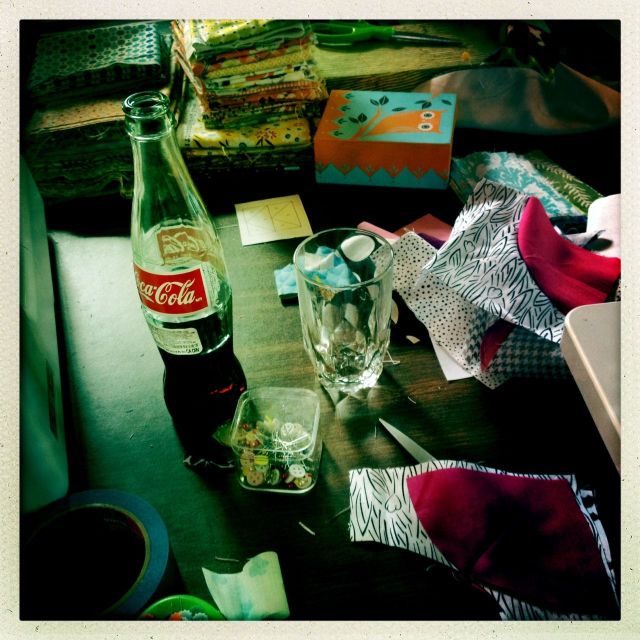 During the retreat a number of people were working on finishing up their Medallion Quilts.  It was great fun to see how everyone had interpreted the border patterns.  Every single medallion quilt that PMQG members have made have been so different, it has been a blast watching them all come together. 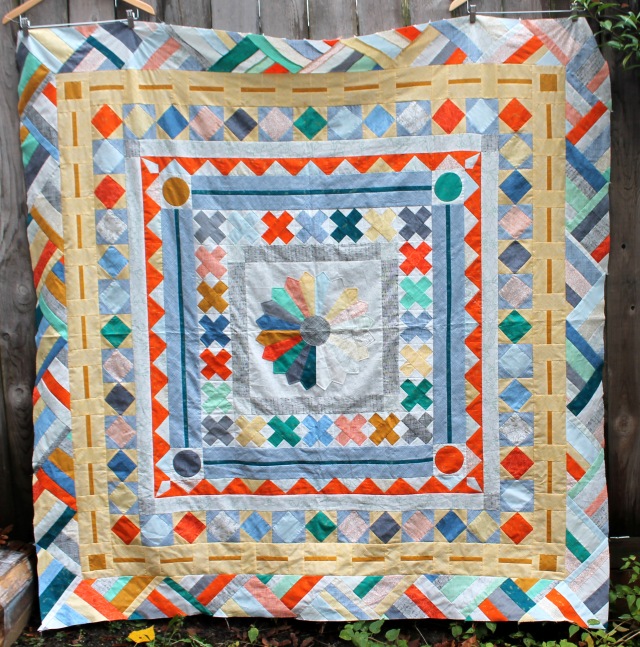 This version of the Medallion was made by this years Guild Officers – Kelly, Mary Ann, Suzanne, Lisa and myself.  We used the full range of Botanics by Carolyn Friedlander which was generously donated to us by Robert Kaufman. 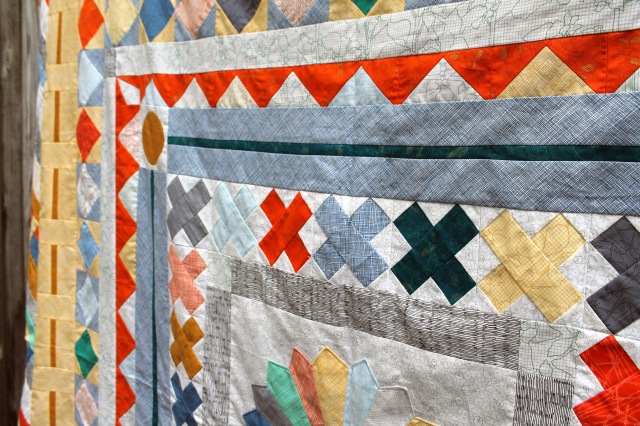 Each month we choose a border, worked out the maths (the hardest part for me!) and then one of us wrote up the pattern and made the border (most months I did a paper piecing version of the pattern as well)… You can find all the patterns and instruction here if you are interested. 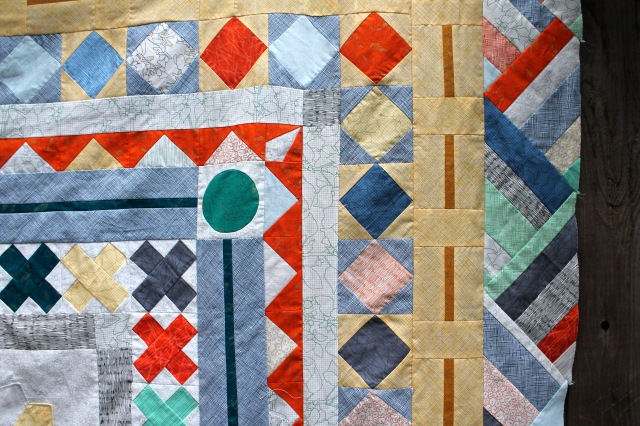 So when the last border was added it was my turn to take all the left over scraps and yardage and make a back for this beauty.  There were a few extra blocks and bits in the mix and in the end I made this… 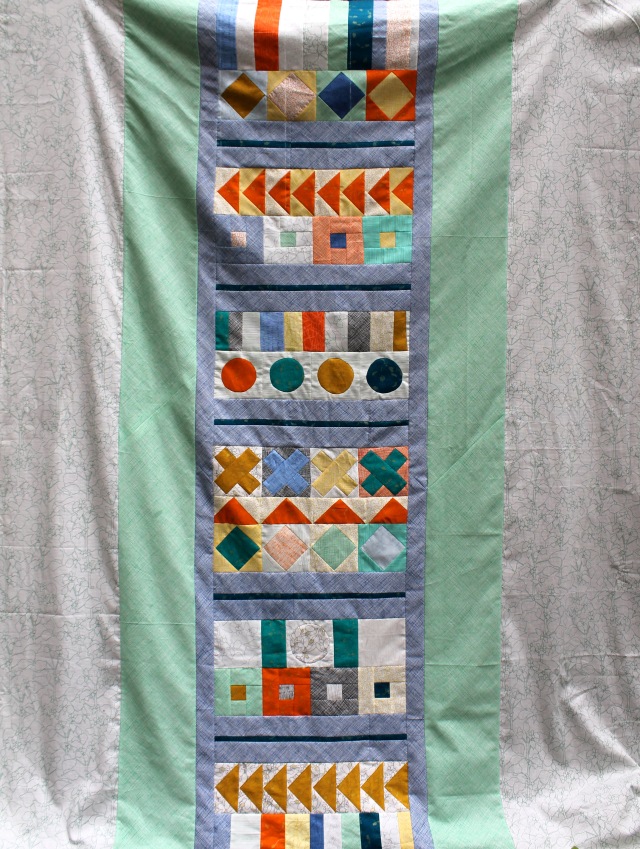 Keeping with the Medallion vibe, and embracing all the leftovers I made a stripped panel for the center of the quilt back. 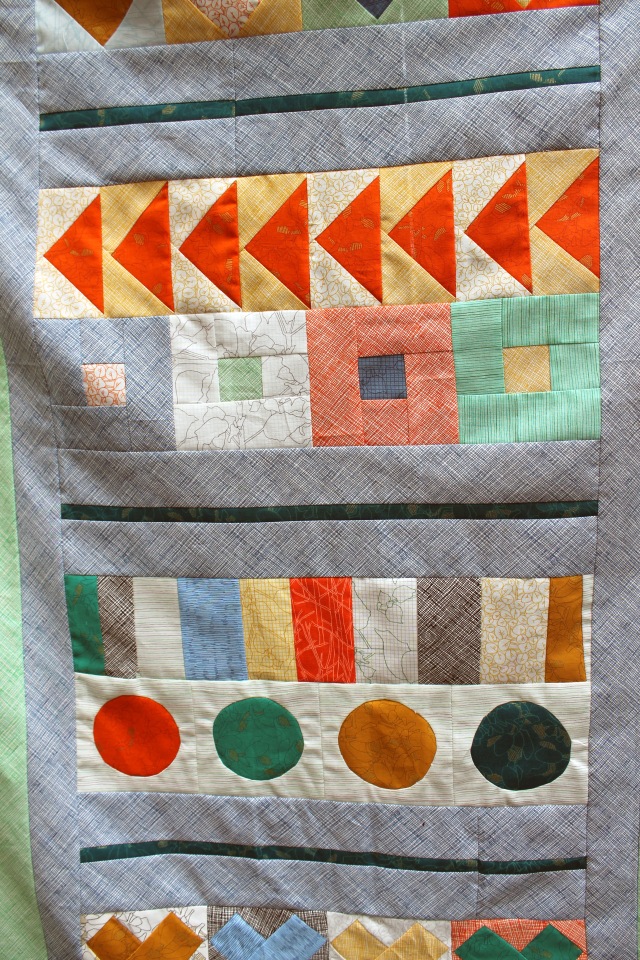 The orange flying geese, circles and navy stripes were all left over blocks from my fellow Officers.  The rests of the blocks I made… including some more cross blocks and some square blocks. 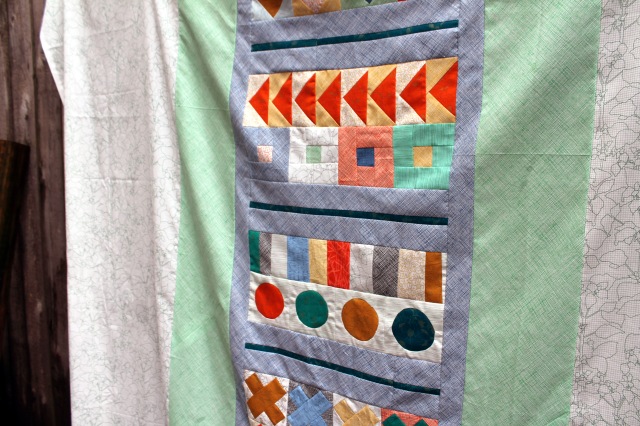 Left over yardage was then used to get the back to the needed size of 75 x 75 inches.  Now the top and back are off to one of the Guilds many talented long armers for finishing…  after I have removed some paper from the back of it and given it one last press!

18 thoughts on “The PMQG Medallion Quilt”

Welcome to my little piece of the blogasphere. My name is Cath and this Blog is a record of my quilting adventure which involves quite a bit of colour and lots of paper piecing. 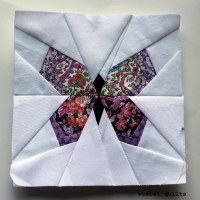 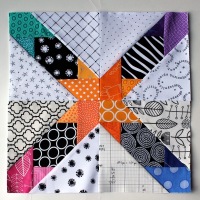 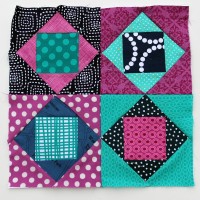 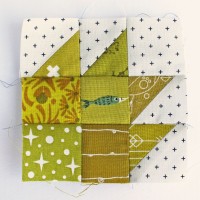 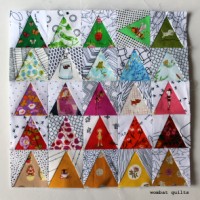 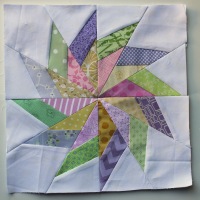 (c) Cath Hall and Wombat Quilts 2012-2018. Unauthorized use and/or duplication of this material without express and written permission from this site’s author is strictly prohibited. Excerpts and links may be used provided that clear credit is given to Wombat Quilts with appropriate and specific direction to the original content.